KSU Interim President Dr. Aaron Thompson was the keynote speaker. He commended the scholars for their persistence in their academic pursuits, noting that each student faced adversity and yet still showed superior academic performance.

Departmental honors and awards were also acknowledged, as well as members of the academic honor roll and the dean’s list.

View photos from the event, below 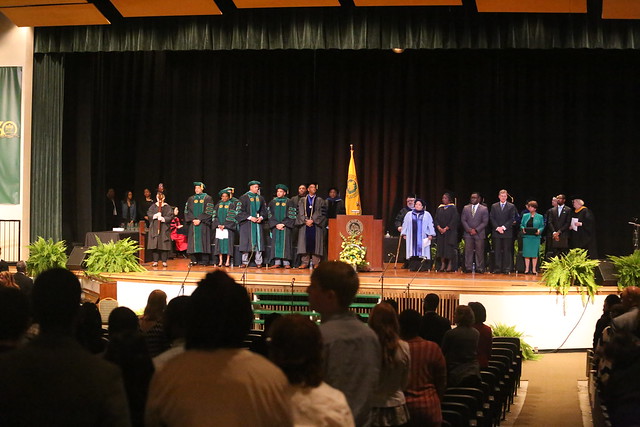